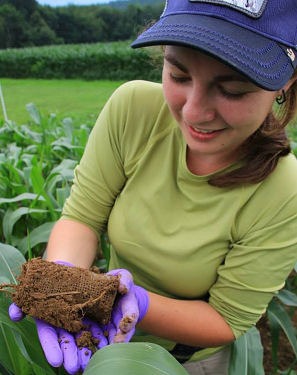 Amanda has been enthusiastically working to forward understanding of soil microbe-driven biogeochemical processes and enhance the sustainability of agroecosystems.  Her research aims to uncover the microbial and ecological mechanisms that release nitrogen from organic sources in the soil.  Greater knowledge of these plant-soil-microbe interactions will help enable farm managers to match soil nitrogen availability with plant demand for nitrogen, thereby reducing the impacts of agricultural nitrogen pollution on the greater environment.